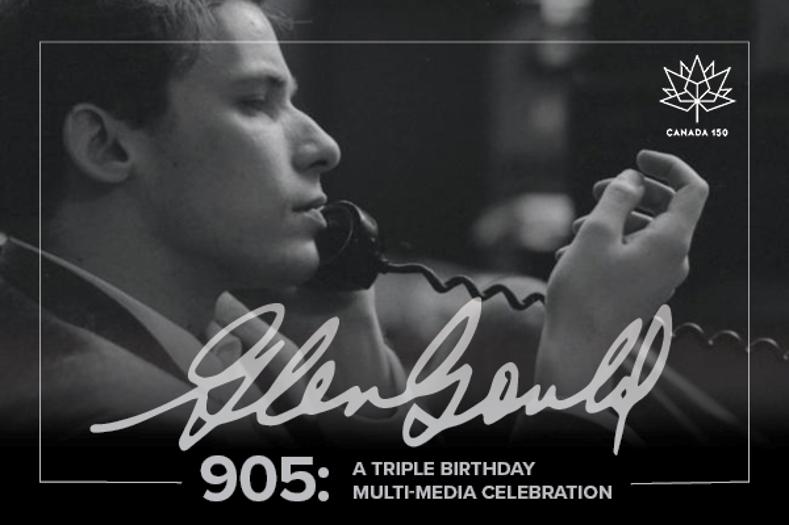 “What a lovely experience!  You gave Glenn a wonderful present.  I would not in the least be surprised to learn that he was there.  I’ll bet he loved the performance as well.  I strongly suspect you’ll all be doing it again, in the not too distant future.  It deserves a repeat, actually many repeats!”  –  Lorne Tulk, Glenn Gould friend & CBC technician.

“Thank you for inviting me to your outstanding celebration of Glenn Gould’s music and life. I know he was there, not only in his music which all of you played so eloquently but also in spirit.”  –  Marianna Schroeder,Nurse from The Idea of North

Pictured left to right are Glenn Gould 905 dignitaries, Ruth Abernethy (sculptor of the Glenn Gould statue at the CBC), Marianne Schroeder (Nurse from The Idea of North) and Lorne Tulk (Glenn Gould friend and CBC technician) with Penny Johnson.  (Photo by Gary Johnson)